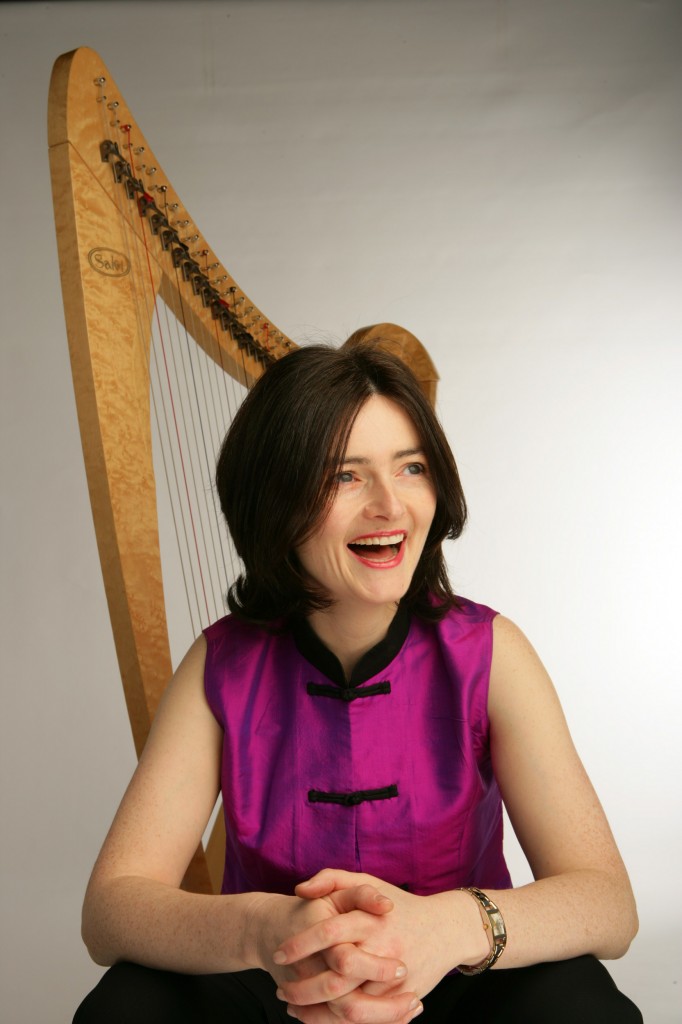  5/5
"In this publication, Anne-Marie O’Farrell excels in providing players with an approachable performance-ready edition of J.S. Bach arranged for lever harp. This publication is based on thorough scholarship of the original works, and is in the spirit of Bach’s own appetite for his music to be adapted to a variety of instruments. The desire for a more comprehensive repertoire for lever harp (already extending with newly-composed works) will certainly be enriched by this edition of Bach. The previously-perceived limitation of chromaticism on lever harps is almost nullified here; though requiring dexterity, the music can be cleanly performed because of the precisely-marked lever changes and charts throughout the notation. The value of adding works from the baroque era, and of such musical value as Bach, to the repertoire of lever harpists is enormous, allowing skilled players to perform comprehensive programmes of musical significance."
Sioned Williams
President UK Harp Association
 5/5
"Dr Anne-Marie O’Farrell brings erudite scholarship and brilliant performance experiences together in this excellent collection of transcriptions of J. S. Bach’s music for the Irish/lever harp. Meticulously researched, beautifully notated, and including a revolutionary new way to notate lever changes, this collection is sure to transform playing Bach’s music on the lever harp."
Dr Laura Sherman
Frost School of Music, Miami University
 5/5
"I am delighted to welcome this addition to the lever harp repertoire from Dr Anne-Marie O’Farrell, one of Ireland’s most prolific lever harpists and composers. Its variety and sensitive interpretation of J.S. Bach’s harmonic and textural colour, its scholarly approach, and careful attention to the finest details are a valuable resource for all harp players. With wonderfully informative notes, it is a collection to be treasured."
Aibhlín McCrann
Chair Cruit Éireann/Harp Ireland
 5/5
"O’Farrell’s transformation of the harp from an instrument of gentility to one steeped in an earthy sensuality is remarkable."
Siobhán Long
 5/5
"this extraordinary concert artist plays the Irish harp as though she has a third arm with which to obtain dozens of chromaticisms."
Giorgio Calcara
Keltika Magazine, Italy
 5/5
"unfailingly musical."
Martin Adams
The Irish Times
 5/5
"This virtuoso harpist magically brought a richly decorated soundworld into being."
OSTSCHWEIZER TAGESBLATT
 5/5
"Bright, effortless and cheerful playing from beginning to end."
Fintan Valley

 5/5
"Contemporary duos performing erudite repertoires on the Irish harp are a rarity. Loitering in their company for an entire album is akin to navigating a path back in time, but with one foot still firmly planted in the present. Cormac De Barra and Anne-Marie O’Farrell have let enough grass grow beneath their feet to ensure they’re keenly attuned to one another’s stylistic idiosyncrasies. They’ve chosen to stretch what could have been a cosy Carolan repertoire to embrace the European classical tradition, all the while mining the nethermost regions of their instruments, so that their reading of Carlos Salzedo’s Chanson dans la Nuit is a revelatory melding of creative energy and lateral thinking. A collection that promises to lure classical, traditional and contemporary music lovers harpwards."
SIOBHÁN LONG
The Irish Times
Shopping Cart